Who are the LFCA? (Leaders for climate action)

Climate change is something that everyone should be aware of. This phenomenon is primarily caused by the emission of greenhouse gases, such as methane, nitrous oxide, and carbon dioxide.

Humans have hindered the planet’s ozone layer even more since the industrial and agricultural revolution, and it seems that there is no stopping these industries unless we take action as soon as possible. Over the years, many governments and other world leaders have started to take note of the problems that climate change is bringing to our environment. But, companies can make a huge impact too, by getting together united by one mission.

Groups like the Leaders for Climate Action have emerged to fight climate change and bring balance again to the world. WeEngage is a member of the LFCA, and we wanted to write about them, and the incredible work they do, who founded it, why it started, and who is helping the group on its mission.

Why the LFCA Began

The discussion of possible actions to fight climate change began in a private circle of founders from a Berlin start-up ecosystem. In 2019, the group finally decided to take concrete action to prevent global warming on a more significant scale.

With the clear intention of contributing to the fight against the climate crisis, the team started making their dream a reality. Each member wants to ensure that their grandchildren and children still have an inhabitable planet when they grow up!

The Starting Point for Leaders for Climate Action

The founder of Leaders for Climate Action, Boris Wasmuth, has hosted an annual network event for the last several years. In 2019, Boris invited Fabian Heilemann to host a “wake up” presentation at the company’s gathering.

This event was known as “Berlin 2.0.” After the initial presentation, there was exceptionally positive feedback from fellow entrepreneurs and business people who wanted to join Leaders for Climate Action on its journey.

During this moment, the non-profit organisation was founded, and the rest, as they say, is history. The organization signals to policymakers that the new economy is ready for more decisive political climate action and supports businesses systematically taking climate action.

What Leaders for Climate Action Do

The Leaders for Climate Action run a community-driven online platform for climate change. You can use its platform to take concrete steps towards and beyond your business’s climate goals. It has partnered with industry-leading companies, such as Universal Studios, Spotify, BlaBlaCar, and many others.

Moreover, not only does Leaders for Climate Action offer an intuitive platform for companies that want to make a difference, but it also hosts climate strikes worldwide to gain the attention of governments and corporates.

The community at Leaders for Climate Action is passionate and regularly shares the progress and actions performed to get closer to their goals. You can visit the LFCA website to learn more about what companies are doing to lower their carbon footprint.

The Future of Leaders for Climate Action

There is no stopping the snowball effect created by the efforts of the Leaders for Climate Action. The non-profit organization constantly adds new ideas to its website, blog, and platform that help businesses worldwide operate more sustainably.

No matter what kind of business you own or work for, it is never too late to get involved in saving the planet. It is the only earth we have, so it’s our responsibility to look after it. Leaders for Climate Action are paving the pathway to a greener future, and 1000’s are joining the journey.

What are you waiting for? Join Leaders for Climate Action and start reducing the carbon footprint your business has on the earth. 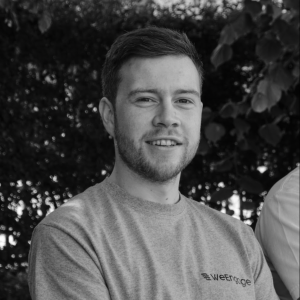 Hey, I'm Tom 👋I'm one of the founders of the WeEngage Group! We're always open to suggestions and keen to hear feedback so do get in touch if there's anything, in particular, you want us to write about.I hope you enjoy our content & happy learning!

Registered in the United Kingdom

We use cookies on our website to give you the most relevant experience by remembering your preferences and repeat visits. By clicking “Accept”, you consent to the use of ALL the cookies.
Cookie settingsACCEPT
Manage consent

This website uses cookies to improve your experience while you navigate through the website. Out of these, the cookies that are categorized as necessary are stored on your browser as they are essential for the working of basic functionalities of the website. We also use third-party cookies that help us analyze and understand how you use this website. These cookies will be stored in your browser only with your consent. You also have the option to opt-out of these cookies. But opting out of some of these cookies may affect your browsing experience.
Necessary Always Enabled
Necessary cookies are absolutely essential for the website to function properly. This category only includes cookies that ensures basic functionalities and security features of the website. These cookies do not store any personal information.
Non-necessary
Any cookies that may not be particularly necessary for the website to function and is used specifically to collect user personal data via analytics, ads, other embedded contents are termed as non-necessary cookies. It is mandatory to procure user consent prior to running these cookies on your website.
SAVE & ACCEPT